How a Statement of No Complaint can lead to dropped charges. 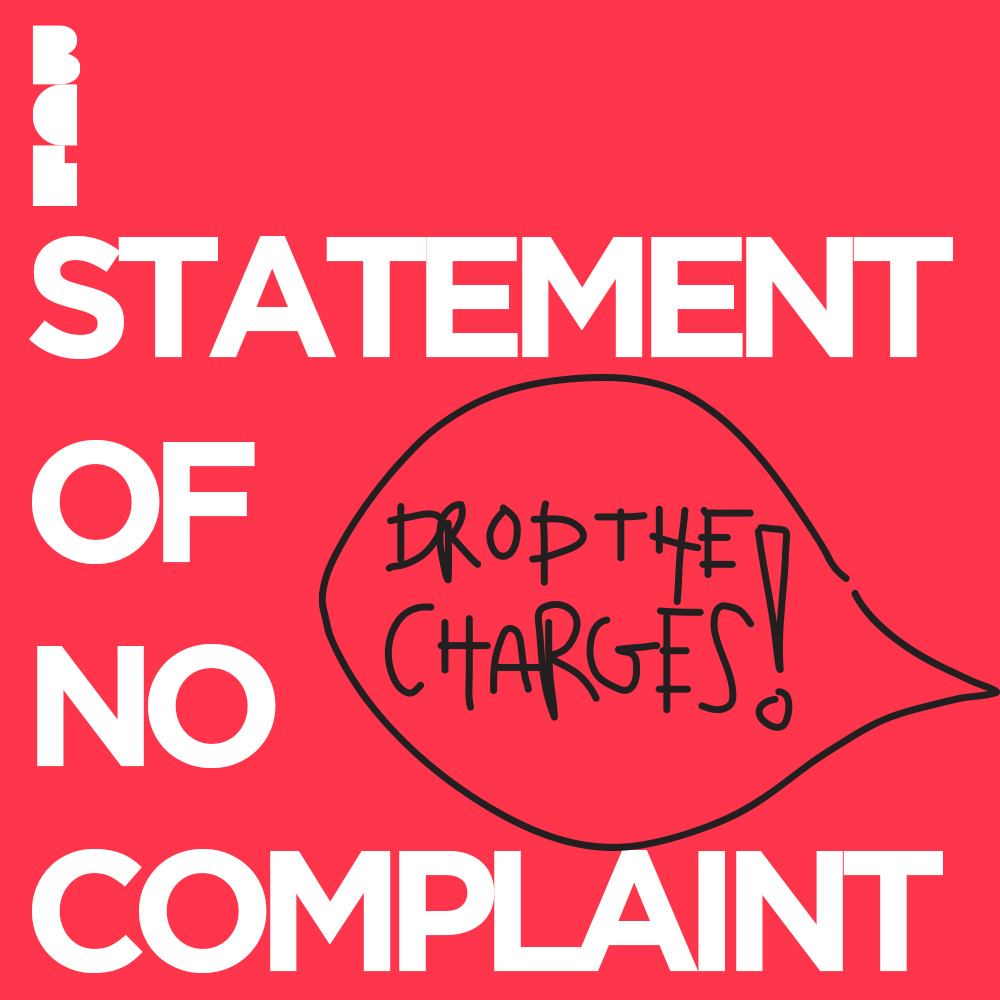 How police use victim statements

When police charge a person (the accused) for committing an offence against another person (the victim), a formal complaint is required by the victim in order for the police to proceed with an investigation. Police will take a signed and witnessed statement from the victim outlining what the accused did to them. Police will then use that statement as evidence to prove the offence in court.

Sometimes victim statements are made in the height of anger, or while the victim was under the influence of alcohol or drugs. Often the victim has second thoughts and have doubts about their recollection as to what had actually occurred at the time of the incident.

We find this typically in the case of domestic partners having an argument that gets out of hand and escalates to the point where police have attended and someone is charged. Often partners reconcile but the charges are still on foot. The victim wants the charges dropped so that their partner doesn’t end up being sentenced and possibly convicted, all which will impact their criminal record.

In cases like this, the victim can attend their police station and tell the arresting officer that they wish to make a Statement of No Complaint.

What is a Statement of No Complaint

A Statement of No Complaint is a statement made by a victim stating that they do not wish for charges to proceed against an accused person. What many people don’t realise is that the police can still proceed with the case against the accused. For example the accused may have made admissions to the police in a recorded interview, or there may be CCTV footage that proves the offence.

Victims can still be issued a summons to attend and be compelled to give evidence even if they do not wish to do so. In the case of close relationships, s18 of the Evidence Act 2008 can operate to provide a privilege for de facto and married partners, parents and children. This privilege means that the victim cannot be compelled to testify against the accused.

Rather than simply stating that they wish the charges to be dropped, victims can write their own Statement of No Complaint and provide clarifications to the original statement taken by the police.

Let’s use the example of two friends John and Callum who one nigh had been drinking alcohol and ended up having an argument. The argument escalates to some pushing and shoving. Callum ends up losing his balance and suffering bruising to his arm. A neighbour hears the argument and calls the police who attend and separate John and Callum.

Callum tells police that John pushed him out of nowhere and he landed hard against a coffee table. Police take a statement from him that captures Callum’s version of events. Police then charge John with assault.

The next day after he has sobered up, Callum does not want John charged as they are mates and have gotten over the night’s events. He recalls that as he and John were both pushing and shoving each other and he can’t remember who pushed who first. He also recalls that he and John were wrestling earlier and it started off friendly but they started challenging each other to see who can push who the farthest and it got a bit heated.

This recollection is important because it give John two defences to assault charges in that:

Both of these are valid defences to assault.

Callum’s Statement of No Complaint may read as follows:

Statement of No Complaint

I do this for the reason that on the night of the incident we had been drinking alcohol and my recollection is that I cannot definitely say who pushed who first. We were also wrestling each other just before the incident and I recall that we were being physical with each other and challenging each other to push each other as hard as we could.

I would like to thank how the police have handled the situation and feel embarrassed that it has escalated to this level. On reflection of the incident, I do not think it fair that John should be charged with assault.

How Callum’s Statement of No Complaint would be used

A statement like this would make it difficult to prosecute John even though Callum can be compelled to give evidence against John.

If the prosecutor decided to take Callum’s matter to a Contested Hearing or trial, John’s barrister would cross-examine Callum on his Statement of No Complaint which would substantiate John’s defences.

Accordingly, the assault charge would unlikely be proven beyond reasonable doubt and John would be acquitted.

It is common that a complainant for domestic violence offences may call the police to assist in de-escalating a situation between partners. In many cases these are one-off incidents and complainant’s are led to believe that the police will help on this basis as there is every intention that the partners want to stay together in the relationship. Furthermore the accused partner will often make admissions not realising that they will be used against them. This would likely make any charges laid as proven.

In these kinds of situations and where there is no history of domestic violence and it appears that it was a one off incident, MyDefence lawyers have had success in seeking that the matter be dealt with by way of Diversion. These are good outcomes as it means that the accused partner does not end up with a criminal record.

Any statement used in court is a statement of truth. It happens a lot that people (including police officers) clarify errors in their statements. It is important however to ensure that at the time a statement is made that you held a view that contents are true and correct, and if not to clarify this and explain the error.

If you’ve been charged with criminal offences, get some trusted advice from the most approachable lawyers you’ll ever meet.